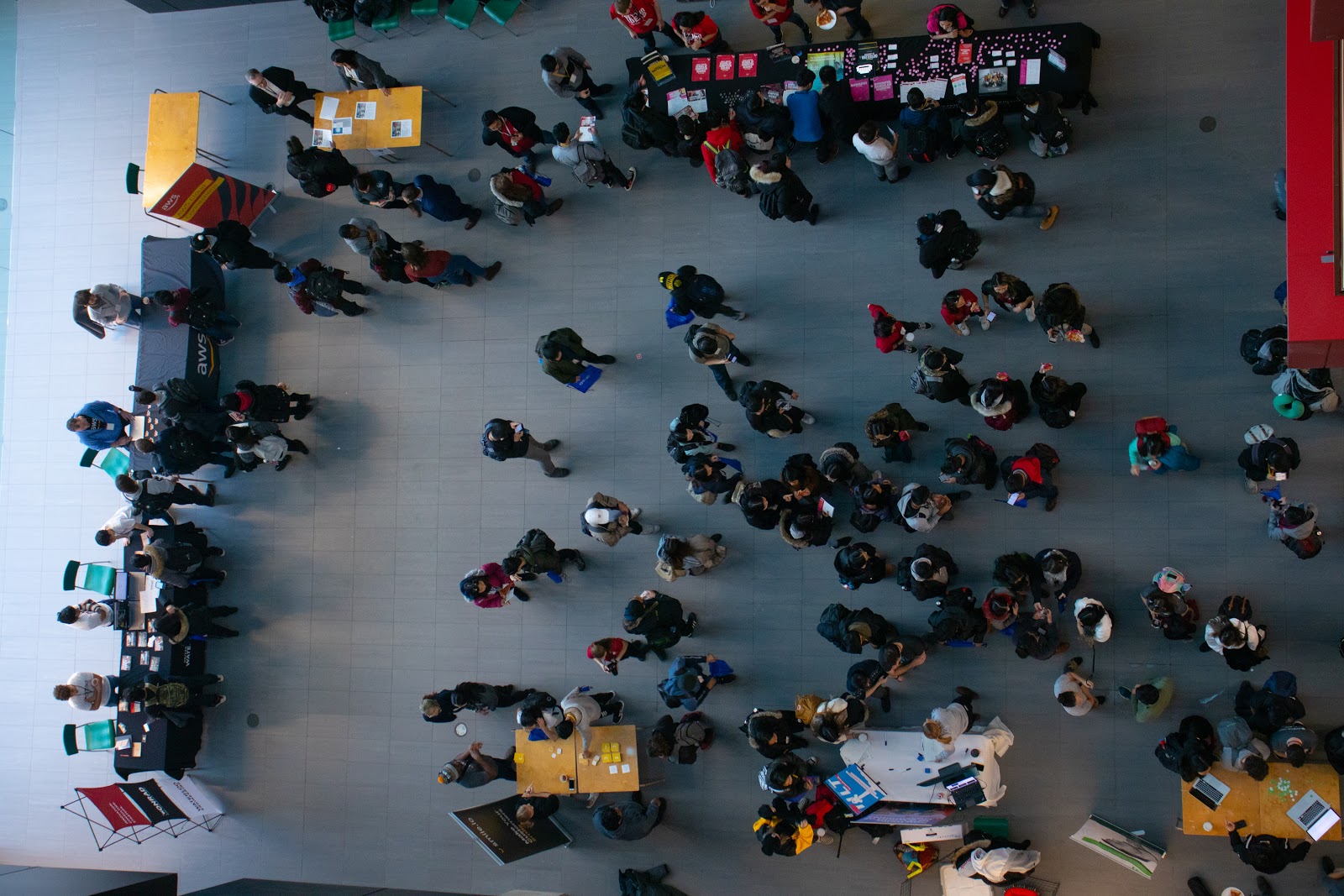 For some, January 18 was a snowed-in Saturday, spent to drink hot chocolate, catch up on work, and watch the UFC match between McGregor and Cerrone. For others, however, it was the beginning of StarterHacks, a potentially life changing experience and glimpse into the computer science industry.

Established in 2017 at the University of Waterloo, StarterHacks is a student-only hackathon targeted towards beginner coders and entrepreneurs. In just 24 hours, students must network with other students and mentors, and collaborate to create almost anything through programming and coding.

With over 2500 applicants this year, over a thousand have been accepted to experience the collaborative environment, and introduce themselves to the challenging world of code. Hackers are split into three streams: Design, Development, and Business, and form teams of at least 3. It is recommended to have at least one member from each stream, as each individual brings a unique skillset. Whether high school, graduate, or post-grad, all hackers are students, who are united together by their curiosity for coding.

The hackathon began with a commencement ceremony in the Hagey Hall theatre. Mark Giesbrecht, the Director of Computer Science at UWaterloo welcomed everyone with a speech about the event and potential opportunities that lie ahead from simply attending. He emphasized that StarterHacks is a great gateway into the industry, and particularly highlighted the diverse demographics of the event, with 50% attending males, 49% females, and 1% other, which are astounding considering the trends in the computer science industry. Beyond women and minorities in tech, however, StarterHacks embraces and encourages learning and exploring new fields.

Sariffodean encouraged the new, young, aspiring hackers to ask questions, take initiative, and seize the opportunity to create value. To conclude her Q&A, she told the crowd to develop something based on their passions or interests, and to try to resolve an issue that has personally impacted them. Her parting words were, more importantly, to “have fun!”

Coxon, Deputy Chief of the Toronto Police Services, talked about the potential that everyone has and that all these ideas contribute to a bright, forward-thinking future. “The most unexpected things lead to the coolest journeys,” she emphasized.

Apted said that the learning process occurs every time and encouraged the crowd to keep going and try to achieve the goal even if something unexpected occurs.

Following the commencement ceremony, hackers headed off to their first lectures, which were separated based on the stream; attendees were free to join any lecture they wished. Throughout the day, they travelled across campus, from STC to E7, to either learn or participate in fun non-coding activities such as Spicy Noodle Challenges and Smash Bros Tournaments.

“This is my first hackathon,” Ian Chow, a 1B Mechanical Engineering student, said. “I did a few coding lessons online, but this is the first time I’m going to develop something. I’m here to learn.”

Ian’s team designed a fun trivia game called “Maps Away,” in which users can select a continent and then guess the capitals of the respective countries. Although their team did not pitch their final product, Ian was grateful to have learned new coding languages, such as HTML and CSS

Ian said, “Of the 197 countries listed in the quiz, very few people actually know that at least 20 of these countries exist– especially from the Pacific Islands. It was a great learning experience, and a cool website.”

Hackers did not have to develop just websites, though. Mentors and lecturers experienced in iOS and Android app development helped students design and develop their own apps. At StarterHacks, hackers have virtually unlimited resources, and can make any idea they want come true. 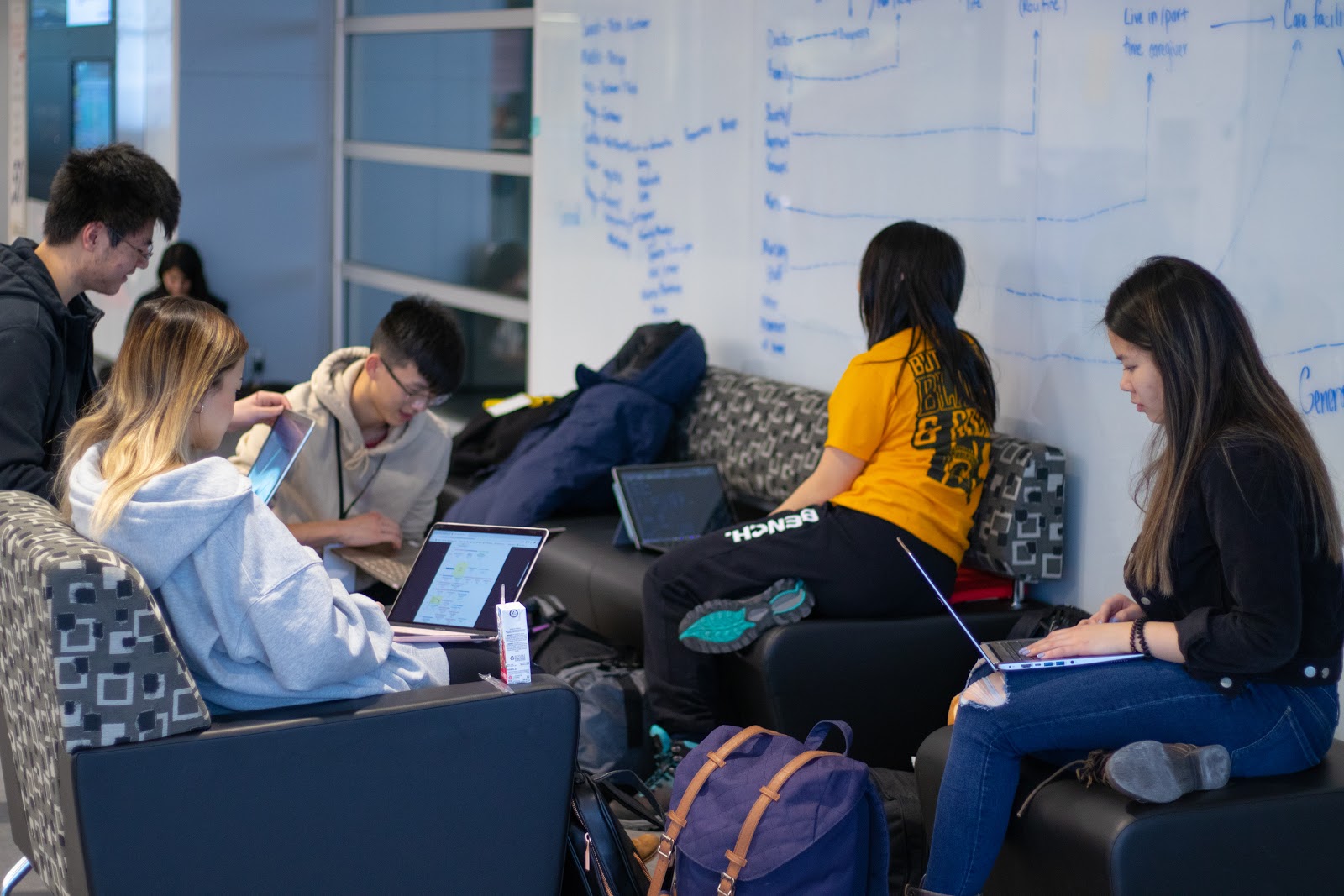 An interesting aspect of StarterHacks is the Impact Spaces: hackers are encouraged to develop a solution for social and environmental issues impacting the community. Sectors cover public safety, sustainability, healthcare, accessibility, building community spaces, and mental health. For example, hackers could address sustainability and the environment by developing a potential solution, not just for the average user, but for companies, too.

One of the prompts for environmental solutions was, “Canadians often struggle to adopt behaviours that reduce their environmental footprint. How might we create new products/services that improve behaviour change to result in improved sustainability? A question related to this: What barriers do businesses/Canadians face that keeps them from taking pollution prevention actions?”

Jackie Zhu, a Mechatronics engineering student, had an idea: create an app that records activities and calculates the amount of carbon emissions. While the idea was amazing in theory, it was difficult to find reliable, legitimate information to implement into the app. He said, “It is hard to be carbon-neutral or carbon-free, but knowing how much impact you make as an individual may raise awareness about human activity.”

Some teams have developed games and apps that follow the Social Impact themes, and address particular social and environmental issues. For example, a team designed a turn-based, battle-style mobile game that addressed the effects of human activity and pollution on ecosystems and animals living in said systems. Others developed apps to promote mental health, which sent daily affirmations, helped record medications, and booked appointments.

Coders had until 2PM on Sunday, January 19 to finish their respective programs and submit them for presentation. The same team that had devoted the weekend to brainstorming, designing, and developing a program now had to pitch to judges. Hackers could win up to $2000 CAD in prizes, with special accolades, including: “Best Domain Registered With domain.com,” “The Future of ATMs,” and “Best Use of AWS.”

On the surface, SH is a coding event, but the event has stepped outside of the typical hackathon culture, encouraging people to step outside of their boundaries, make new friends, and learn how to code. It connects people from different backgrounds who not only want to make an impact, but also learn. 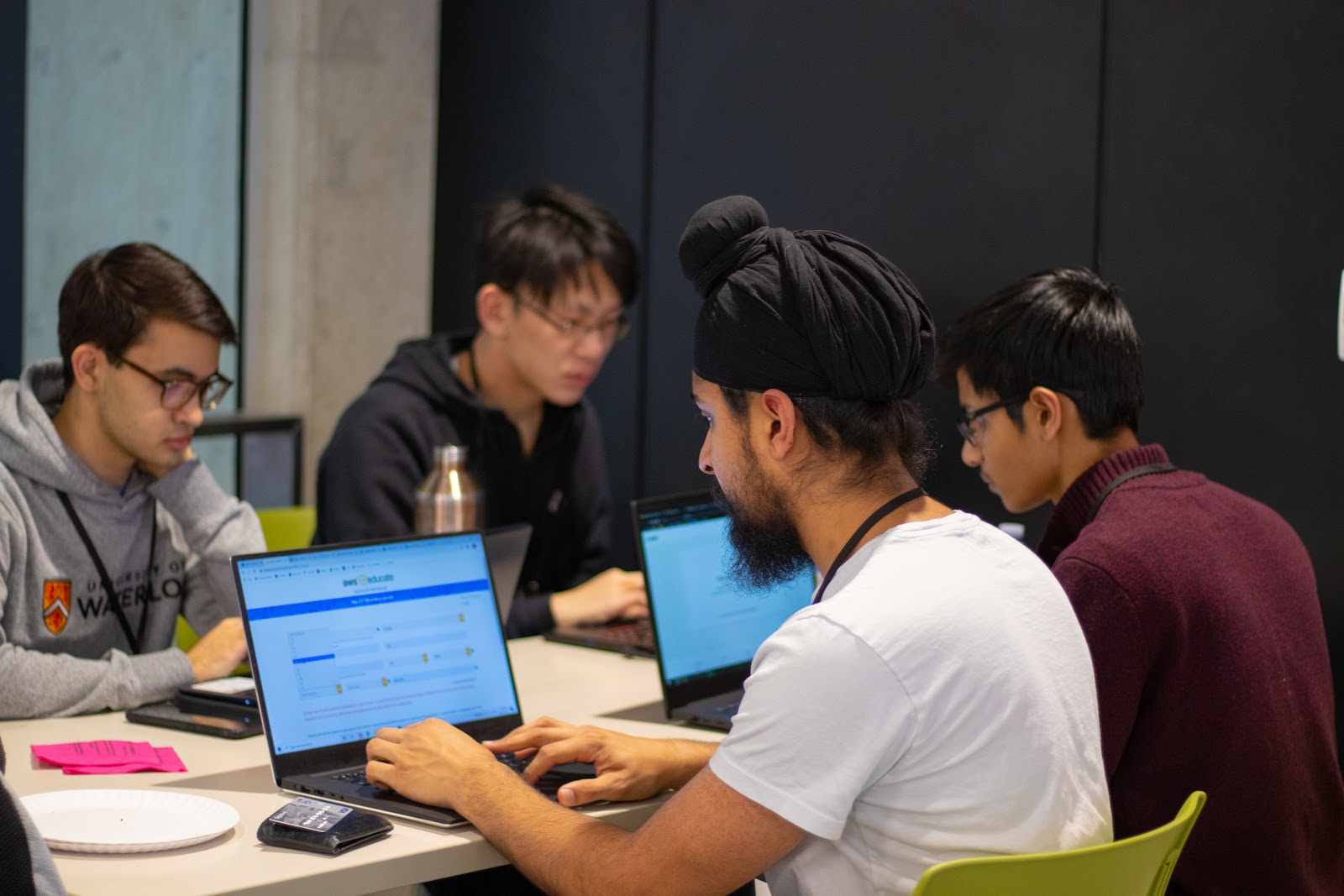